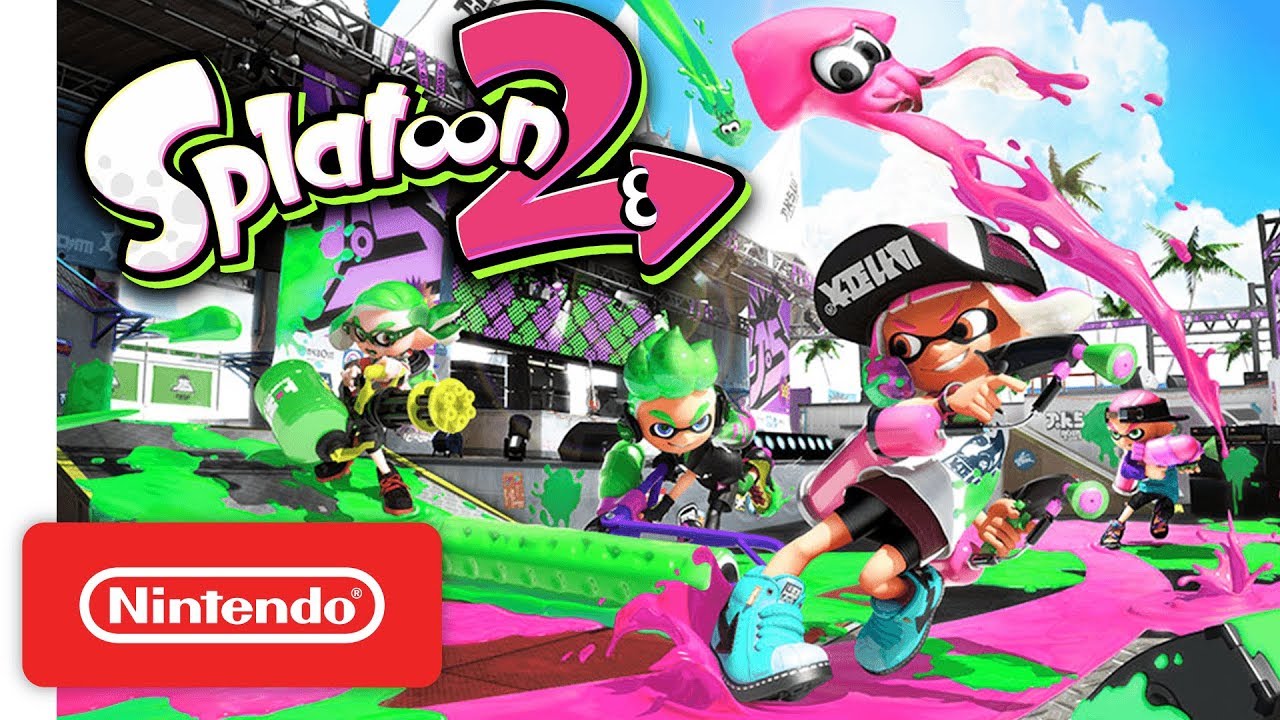 I feel like the genesis of this game was just the developers sitting there playing it and going: “Damn, I can’t even aim at other people. All I can do is hit the map.” And then they looked at each other and went: “(gasp) That’s it! Just shoot the map the entire game!” The game solves this issue by saying: “Ehh, you don’t really gotta shoot a guy to kill ’em, you just gotta shoot TOWARDS ’em.” Congratulations, Sonic Te– Not every multiplayer shooter has to be super hardcore to be interesting, okay?

But on a scale from to Counter-Strike, blackjack, bacarrat, slos, Splatoon. I feel like an playing this. The bulk of the community is probably, like, 7 years old and I’m just sitting here, a grown man, annihilating them into center of the earth. Most of these matches, I just sit in their spawn and kill ’em before they can even play the game. It’s great. It’s really great.

“Splatoon 2!” “is…” “planned for launch….” The Assault Rifle is the good weapon. Uh, if you like to lose, I recommend the Sniper Rifle.

If you like to walk around the map and not even play the game, remember to use the Paint Roller. But watch out for people with real weapons. “But Dunkey, How do I destroy a man’s will to exist?” Simple!

“However, Deadbeat with the lead. 39-57. However, no penalty for Dynameu–” “However, they have a stiff–” “However, Power getting splatted–” “However, just 4 seconds left in that penalty.” “However, Dynameu keeping that timer–” “HOWEVER!

Great defense by Deadbeat–” Splatoon’s aesthetic really is the highlight here. Instead of playing as “A army man with an M-16” you’re this… genetic abomination who covers the walls with glossy squid ink. You inhabit this bizzaro octopus world where pop stars make routine announcements about which maps are in rotation. Look at the black one.

Look at her fake smile. Something is wrong here. Something is very, very wrong here. It’s definitely unique, even if it’s barely thought out. There’s still no voice chat, the weapons are hopelessly unbalanced, you can no longer see the minimap in real time like on the Wii U, this spawn thing– pretty much exclusively functions as a suicide button, (splat) almost none of the interesting mechanics from the single player mode are utilized in multiplayer.

Is it good? Not really. Uh…Is it fun?

Kinda. Even if this game is a cheesy piece of garbage, there’s still something about splatting with paint that is intensely captivating. But hey, enough of what I think. What do you guys think about Splatoon 2? “Splatoon is COOL!” What is that, a little Pokém– “This game stinks…” How do you guys feel about Splatoon 2.

“Opening the Door to Wellness”

The Summersville Wellness Center Staff are employed by Summersville Memorial Hospital. The current staff members are (pictured left to right) Michele Robinson, Betsy Martin and Jennifer Pinard. Michele Robinson is a Registered Nurse with over 15 years of experience in hospital and home health nursing. Her special interests include diabetes education, hepatitis education, and adolescent medicine. Michele works full-time at the Wellness Center.

Betsy Martin is the clinic’s full-time receptionist/care coordinator. Betsy is a native of Summersville. She is active in a variety of community activities and enjoys working with children and teens. Jennifer Pinard works part-time at the Wellness Center as a Family Nurse Practitioner. Jennifer holds a Master’s Degree in Nursing from WVU and is certified by the American Nurse’s Credentialing Center. Jennifer has an interest in health education, adolescent medicine, and women’s health.

What Is A Nurse Practitioner???

The Summersville Wellness Center is a school-based health center that serves Summersville Junior High School and Nicholas County High School. The pur- pose of school-based health center is to reach stu- dents who do not have a regular health care provider and to decrease the amount of time that any child must miss school for medical care or illness.

· Administer over the counter medications and first-aid to help a child remain in school for minor complaints.

· Appointments with the Nurse Practitioner for acute illness and injury . · Follow-up care and education for long-term illnesses.